Tignanello's Estate is in the middle of Classical Chianti, on the soft hills in between Greve's Valley and Pesa's Valley, it's 319 hectares, 127 of them have vines. Among its vineyards there are two treasures: Tignanello's vineyard and Solaia's vineyard, on the same hill, on land deriving from Pliocene marine marl with limostone and shist, they have hot days and fresh nights during the grewing season.

In 1978 Cabernet for Tignanello (the first Marchesi Antinori's Supertuscan, created few years early, a basic Sangiovese with 20% cabernet) was excellent and a little more of what they need. The Marquis Piero Antinori decided to bottle the excess production of this vineyard in purity, about 3.000 - 4.000 bottles. The same blend was repeat on 1979, while in the following years they introduced 20% of Sangiovese and they made few corrections (changing every year) balancing Cabernet Sauvignon with Cabernet Franc, and they ended with this product. 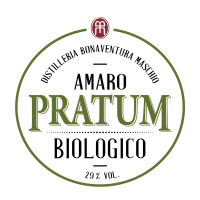